Catching Up After A Year | This Awesome Life

Hard to kick this thing back into gear after 14 or so months without a post but you have to start some-wheres. So here goes....

There really is no excuse for the past year other than the fact I took another full time job (I'll touch on that in another post later) so that and a few side gigs have made me selective with my time. There is also a few years in there since I started where my head wasn't really in the game and it has been hard for me to be creative. But at the moment I am feeling quite good and physically and emotionally I am in a pretty good place. And if I try to nail down a reason for this all I can say is that at some point in your life you need to ask yourself if you really want to be miserable or do you want to be happy? Lots of pot-holes in the road (especially as we get older), so I've just decided to drive around them and not grumble when they can't be avoided. Now to catch up on a few things....

As quite as it's been I have actually done a fair amount of work this year that has made the rounds but some I couldn't really show until recently. Starting in January of this year I worked in a series of recipe videos for Coca-Cola USA through my agency LPI Group. That was an awesome job working with a great crew on set. I was managing all camera and lighting and was the DOP/camera for the project. Very cool to see how the vision came out in the final pieces, quite a bit of work but the kind that I love. 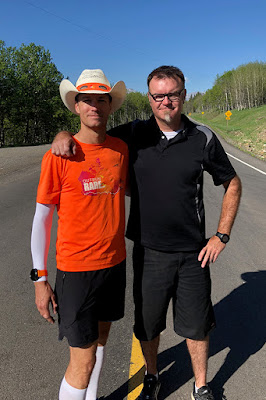 Dave Proctor and me after the early morning shoot. 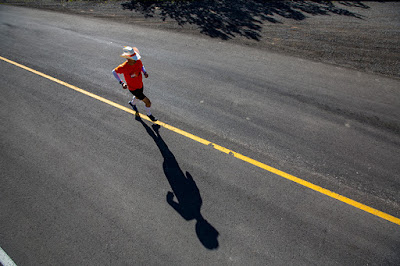 One of the images for the OUTRUN RARE campaign.

Back in May I had the chance to support Dave Proctor in his OUTRUN RARE campaign to run across Canada to highlight rare disease. My assistant and I met Dave West of Turner Valley in the mountains where we got some amazing shots of him in action. The images we captured went on to be part of Dave's tour and were seen everywhere including a nice wrap on his support RV. 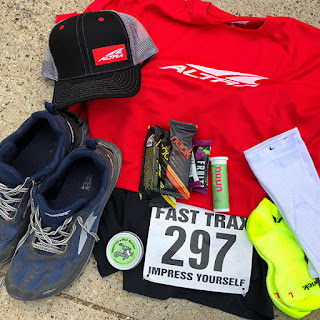 Also in May I ran my first ultra for the year (second one ever) and managed to place 31st in a very large group. I trained hard for this one and was smart about rest and nutrition leading up to the race. It was an amazing experience and as hard as it was, I found I could enjoy myself every single km. 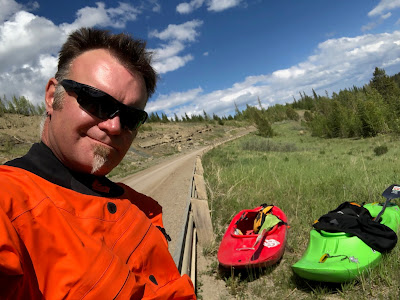 After long boat rescue on the Red Deer River. 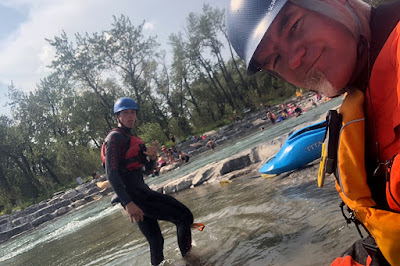 My buddies kid Luke at the Harvey Passage Calgary. 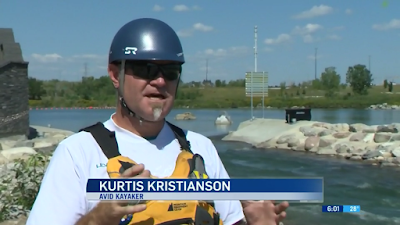 Made the 6 'O'clock news talking about safety at the Passage.

I did get some kayaking in with my regular paddling partner including a good boat rescue on the Red Deer River. I have had no time for anything but training for ultras so what little time I had open I decided would be to get back into the water. This included the new Harvey Passage in Calgary where I am getting comfortable again in the boat and in the waves. 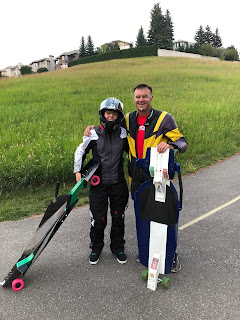 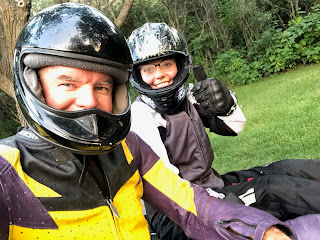 Jessica and me after bombing some hills in Calgary.

Beginning of August I went street luging in Calgary. Yep, dusted off the old sleds and took a young woman from Northern BC on some trails in Calgary. Turns out her very-cool uncle built her a sled from one of my custom blanks so she could have some kind of speed outlet back home. Apparently the alternative was a 15lb plastic toy so we got her on to the real deal. This girl has no problems going fast and just this morning I got a message from her that she has made it up to 75km/hr on her luge. Whicked! 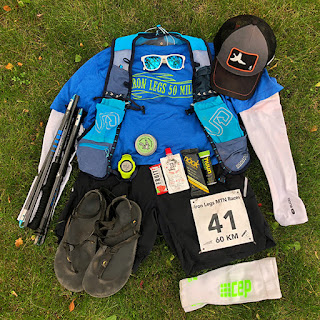 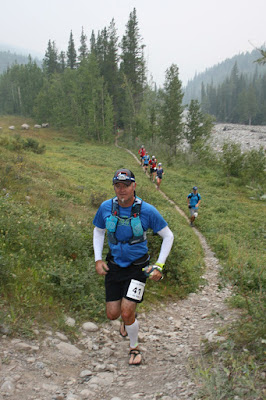 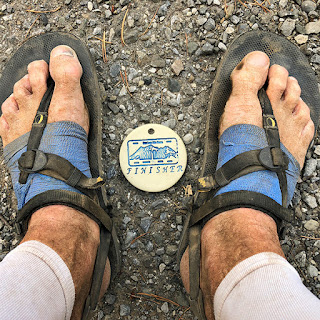 Last week I ran my second Ultra for the year, this one a 60km mountain race called IronLegs. This is one of the best races around due to the fact it is very grass-roots but so well run. You can tell how good a race is by the attitude at the aid stations. Great support on the race and the course was the hardest I've done. I decided to run it in Luna sandals and as hard as that was I'm glad I did. 10,000' feet gain in elevation and 10 hours on course its was brutal but conditions were decent and I managed to again enjoy myself through the whole course. I think this could be just like life. If you can smile and still be happy when things are tough, maybe you don't really suffer as much as some do. I couldn't imagine going through so much stress and emotional battle and wanting to quit the whole time. I think I may have had that attitude at one time or another and I never want to be there again.

So now that I am caught up I think I'm going to try to post cool stuff I am doing a little more often. It's great reminder of what I have done and experienced and is a good motivator to just do something a little more in this life.

What are you doing and how are you handling things when life is an uphill slog?
Posted by Kurtis Kristianson at 12:00 PM