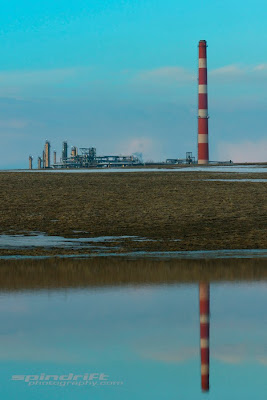 Muddy roads and slush everywhere this time of year but as I drove past the plant near RR 282 this reflection caught my eye.
Posted by Kurtis Kristianson at 7:58 PM No comments: 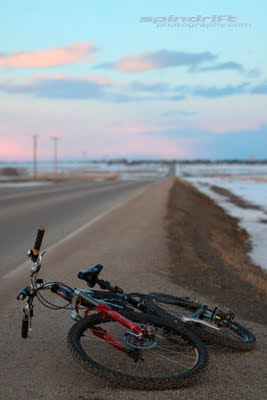 I had started training in December for my upcoming adventure races but recurring injury has pushed me back a few months. I am now about 40 days into a new routine and only about a week so into about 70% max effort level. I am however past the part in my training where I dread it. I am feeling good and getting up almost every morning at 6 am to either run a 5km or bike a 10km. Today I rode 10km, hit the gym for a core and upper workout and then rode another 10km tonight.

It's nice to have the time to rest and get the business rolling again. Dropping weddings from our season made it hard to get through the spring but there are still major things in the works and I think it's going to be a great summer.
Posted by Kurtis Kristianson at 7:45 PM No comments: 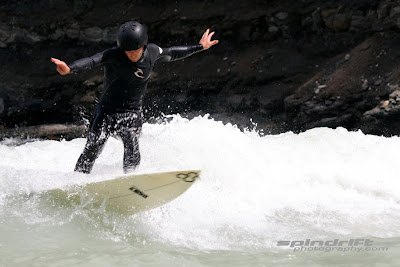 A few years ago I drove down to a play wave on the Red Deer River near Sundre Alberta to see if I couldn't catch a few kayakers doing their thing. What I found when I got there was way cooler.

I stepped off the grassy bank and onto the wet rocky beach looking down to try not to slip and break my neck or worse, my camera. When I looked up I saw this guy standing at the edge of the river in a head-to-toe wetsuit, helmet.....and not a boat in site. I was a little confused at first and then from the corner of my eye I saw it. The bone-white and unmistakable shape of a surf board, leaning up against a stand of willows.

I was pumped, this was not the ocean, this was the Red Deer River. Quickly I made my introduction and asked if I could get some shots of him on the river. His name was Carl and he had apparently moved from the UK where he had a surfboard Co. Carl told me he had surfed all over the world but sold the company and was now going to school in Edmonton. In fact Carl mentioned he was not the only one but there was a group of people in Alberta who surfed in the rivers on waves created by the same features that kayakers played on. This I thought was amazing.

I wasn't amazed by the fact that Carl surfed on rivers thousands of miles from the ocean. No, I was amazed that there are still a few people who are looking for something different. Maybe that hybrid sport or the fringe of something mainstream that eventually separates from itself to become its own entity. Like Will Gadd's early push into mixed climbing or Red Bull"s Crashed Ice. I love that "fringe" and am attracted to these type of people.

I still love the climbing, biking, and skiing in the mountains. But what really gets me pumped about what I do, is spending time with amazing, interesting, and different athletes. The kind of people who's eyes seem to always be wide-open, always aware, excited for the next adventure. The kind of people who fill you with energy when you talk to them, you know they understand their passions and pursue them like its the last day they will ever have.
Posted by Kurtis Kristianson at 7:58 PM No comments: 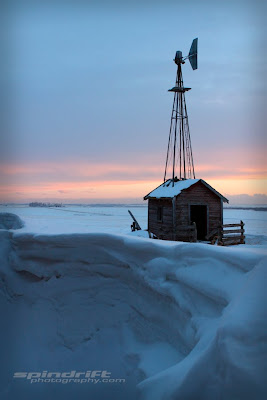 I just love shooting this time of the year near sunset. The colors change so quickly and even the same scene can change from day to day with with the weather. With so little to see here in the prairies you might think it would be tough to get something dramatic but it just takes time to look and keep on looking to finally capture what is really fleeting. A great challenge that is stretching my creativity.
Posted by Kurtis Kristianson at 11:20 AM No comments: 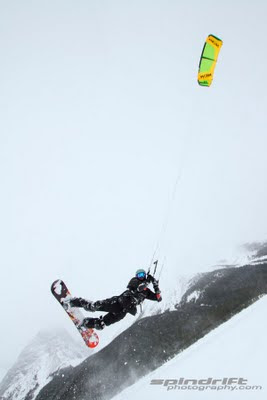 This has been a tough week on a few fronts. I am not the kind of guy to get detailed about my frustrations here on my blog but it basically comes down to sticking with something I have set out to do and not giving up. I read a dramatic blog last night by a cyclist in the states training for the 2012 Olympics. He talked about "not quiting" because that would be a waste of all the sacrifices he had made to get where he is now.

It really makes me think if I quit now, it would mean I put no value on anything I have done to this point. I have already made too many sacrifices at this point to stop now. There really is no choice to make. The only direction is forward, I need to burn my boat now that I am on shore, continue to fight, there is no going back.

Spray is starting to show spring conditions. Here is a shot of Ross from today.
Posted by Kurtis Kristianson at 8:17 PM 3 comments: 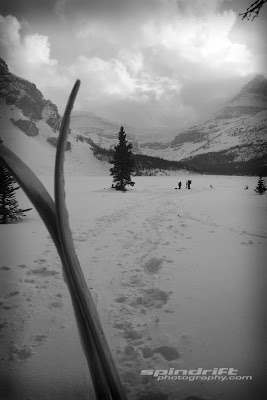 I was going through some of my images from last year and found this one. We had just come down from the Bow Hut where we did a gut busting 10 hour car to car ski trip. We had taken the kites and got a chance to fly up on the glacier for about 2 hours in a brutal storm.

My legs still hurt just thinking about that day (borrowed gear) and it was scary flying that close to the edge of the glacier. But looking back over Bow Lake and thinking about what we had just done, this image will always remind me of the satisfaction we had.
Posted by Kurtis Kristianson at 7:26 AM No comments: 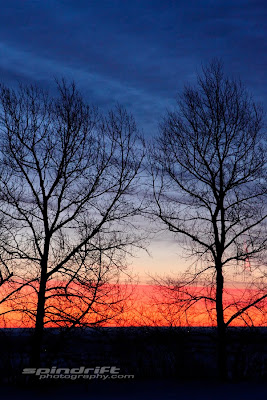 After shooting sunset last night I was pumped to get another sunrise in and knew I had time only to shoot locally. I remembered an old farm house we had been to on a few fire department calls so I planned to go back there to see what I could get.

On my way this graphic jumped out at me and I had to stop and capture it.
Posted by Kurtis Kristianson at 6:56 AM No comments: 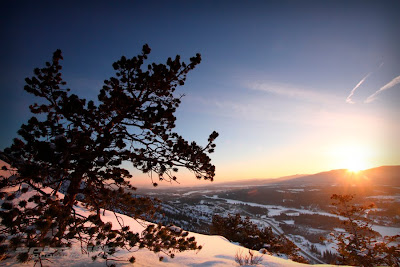 It has been long enough since I got out with another adventure photographer that it was hard to motivate myself to head out this morning. Another 5am start, but as I was getting close to Exshaw in the Bow Valley, the sun started to come up and I could feel the excitement build. If even for a chance to get one or two images, I was beginning to feel the energy.

I parked across from the Graymont Plant, geared up and scrambled quickly up the South ridge of Loder Peak, hoping I could get to the lower shoulder in time. About 35 minutes later I was on the ridge about 500 feet below the lower peak and just about at alpine level. I didn't have to wait long as within minutes the sun crested the hills to the SE and I was treated to a very quick color display.

I decided that even with some ideas in mind I was going to once again immerse myself in what was happening and just be observant. It is a cool feeling to understand the techniques for different shots and multiple ways to compose an image and to free my mind enough to see things differently. I am in no way a pro (in this new to me type of photography) but the more I go out the more I experience things in a new light.

What I have found to be consistent though is that in these places early in the morning or late at night when the light is good, there is always something to see that makes an awesome image.
Posted by Kurtis Kristianson at 12:39 PM No comments: 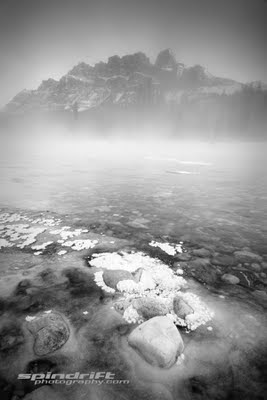 Well I am finally catching up and this series was the last I had to edit through. I actually thought I was going to throw this out but the tones looked good and after converting it to black and white I was quite happy with it. Essentially I need to be happy with what I shoot and the more I do, the better the odds are that I will return with something I like.
Posted by Kurtis Kristianson at 1:56 PM No comments: 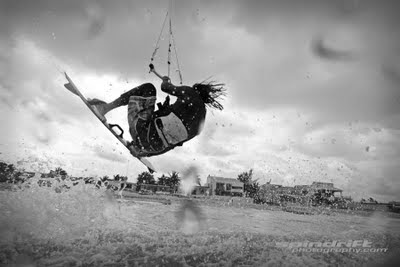 It has been a month since I got back to Canada from my kite surfing trip to the Yucatan and I finally finished my last edit. It is tough going back to these images as I had such a great time there and look forward to going back. The winter kite season is almost over down there so I'll be getting ready for the North-American season starting up in just over a month.
Posted by Kurtis Kristianson at 4:58 AM No comments: