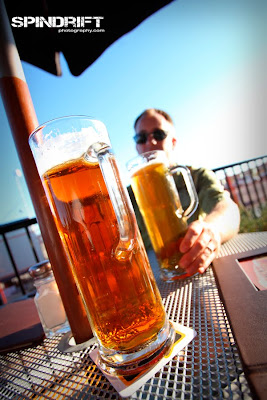 Behold! - The Stangen!!!
I just finished the final draft of my Pubs and Patios review that will be running in the summer issue of Airdrielife Magazine. It was fun to write and this will be one of the largest pieces (800+ words) I have written to date. But it was way more fun actually test-driving the patios that we visited in Airdrie with two of our good friends. There is some very classy and high quality patios in Airdrie if you haven't been to them all yet.
Make sure you check out the review in this summer's issue!!!
Posted by Kurtis Kristianson at 10:16 AM No comments: 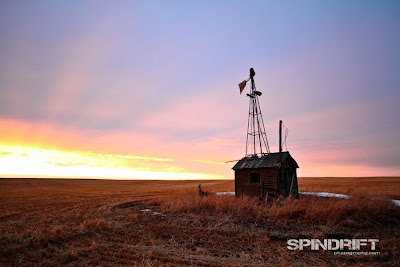 Tonight our yard in town lit right up around 7pm and I could see the chinook arch off to the west. I knew I didn't have much time and even though I have been shooting everyday for the last 3 weeks I just had to go. I figured I would have about 20 minutes tops so I drove part-way to Madden to work this spot I have been at for the last few nights. It never gets dull and with the different weather each day the look of the place can keep changing. 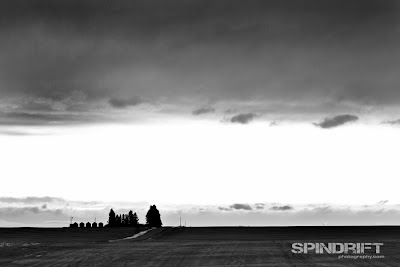 I am impressed with this area. I never moved to Crossfield for the photography but these last few years I have learned to see things in a new way, to look deeper and see things that most people do not see. Maybe it's time you got out of the house. Now that its nice out and the days are longer and warmer, why don't you go for a walk, somewhere you have never gone before and look around a little. I guarantee its the difference between having your eyes closed or open. We all remember what our surroundings look like but it's important to stop looking at the backs of our eye-lids and see things again.
Posted by Kurtis Kristianson at 7:48 PM No comments:

Last Night was a trip to be sure. I think it could have been stranger but as it was I got my daily dose of adventure.
To start with Oliver Du Tre' and I decided to head out around 8pm to K-Country for a little Aurora activity (which never did present itself) but while on route my wind shield in the van got caved in by debris from a passing bed-truck. Like a shot gun, all I heard was a loud bang and I was hit in the arm by what I thought was something gone through the wind shield (later found it was my rear-view mirror). 20 minutes later I was on the road, having settled up with the rig moving company. 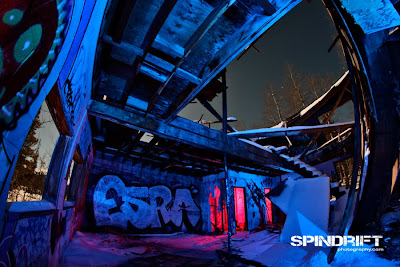 Oli and I finally made it out the K-Country and decided that the nearby "Yamnuska" would be better location to shoot. At Yam we parked and hiked out to the beaver ponds and scouted our location for the Aurora event (did I mention it didn't happen?). We were there for about an hour discussing our next project when we thought we heard voices. Now it is 1:30 am, dark with only a full moon to go by when again voices; and we heard someone actually say, "hey, is Kurtis with you"? Whoa! this was weird - until we recognized Paul Zizka's voice stating that it was the "Mountains in Motion" film crew on their way back from Abraham lake. Really cool to run into these guys and getting to meet Doug Urquhart in person (who is up from Atlanta for some footage for his project). 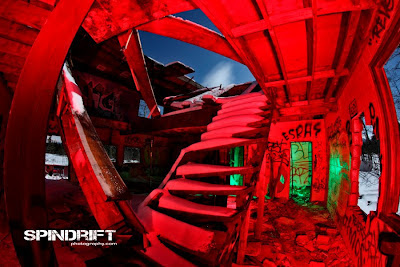 And finally as the MIM guys were setting up for a timelapse shot, Oli and I decided to head to a nearby location I have been looking at for years. I brought my light-painting equipment just in case and so glad that I did. Before us stood a dull decrepit building bathed in bright moonlight. Really nothing to write home about. But once we got inside it was eye candy. Some other artist had been there before us and left some amazing Tag-Art. I was so inspired I threw on the 8mm asap as I knew it was the only way to capture the eerie uniqueness of this spot. A couple takes later we had the images you see above. Really, the evening was worth it. If we couldn't get something dramatic from the skies we were going to pull something from the abstract.
Posted by Kurtis Kristianson at 11:38 AM 1 comment: