For the last 2 years I have produced a handful of video projects and currently on a few really cool pieces for broadcast and YouTube. This week the Canadian rock band Age Of Days released their new acoustic single "Afflicted". The band also released the lyric video I produced for them at the beginning of this month and I am pretty excited about the response we are getting (8500 views in 3 days).

Although I specialize in adventure lifestyle work, the band approached me after seeing one of the previous videos I produced. It is this kind of work that I love to do and the whole process was fun from start to finish. I really dig film and video and maybe even more than still-work. I could be that problem solving and producing images from ideas and collaboration are what I love the most, so it just makes sense to be doing this.

Have a look at the video, check me out on facebook.com/spindriftphotography and stay up to date with what I am doing. Thank you for the continued support.
Posted by Kurtis Kristianson at 11:19 AM No comments:

When things get a little slow I like to venture West of town along the Foothills here in Southern Alberta. It's nice to just walk out on the prairies or drive and look at the landscape and see something different every day. The light in the evenings here are amazing and part of what makes the Foothills magic. 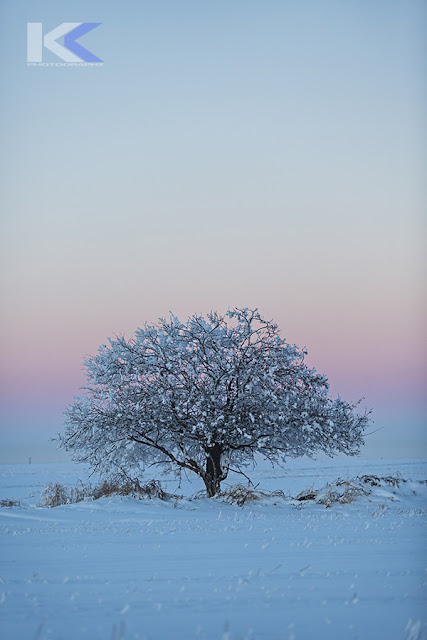 Be sure to check out my landscape photography page on Facebook to see the latest low light and panoramic work. Foothills Magic
Posted by Kurtis Kristianson at 4:56 PM No comments:

Afflicted (For Real) | Director Of Photography

A week before Christmas I was approached by the Canadian rock band - Age Of Days and asked if I would be interested in shooting a lyric music video for their up coming accoustic tour. The band had written a few accoustic versions of their work and the track they selected for this has not been released yet so I was stoked to say the least. 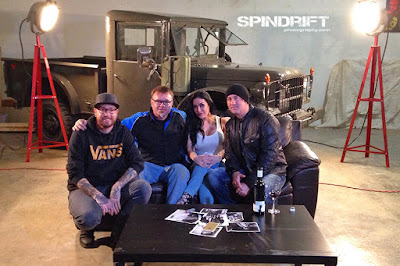 The crew (left to right) Olivier DuTre, Me, Jenna, Tim

We didn't have much time during the holidays to hammer out some clear concepts so when we came down to our shooting widow, I had to get creative. Last Saturday we set up at a cool location (so thankful for the brilliant friends I have) north of Calgary and built our set. The idea was simple (sorry can't reveal it yet) but by that night, neither the band or myself were happy with the look. Again we had only a few hours to put this together.

On  Sunday morning only hours before we were to shoot, we decided to scrap the whole thing and just go with simple. I was fortunate to be joined by another photographer Olivier DuTre who took a look at our set and arranged an amazing scene from what was parked and laying around. Stress level was high but having Oli come in for some confidence in the set made a huge difference in the final look of the video. 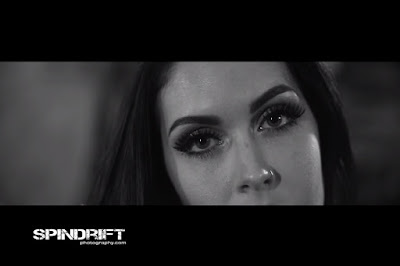 Frame grab from the video

After scrapping the original set, camera type, lights and half the crew showing up late from an accident on the highway, we finally got rolling and produced some great preview footage. Once we saw it would work we just wound-up our model and let her work her stuff, which was incredible. I can not believe how many conventions I threw out the window in exchange for just experimenting with the camera, not too mention locking focus and 1.8 and just walking around with a stedi-cam.

No script, just a page of lyrics and a pretty model and two days later I had this crazy looking 4 minute video in the can. The video went to the animation studio the next day and this time next week we will see the roll-out for my first music video. The band is great, Tim Morrison is an awesome guy and I can't wait to see how their tour goes. Shout-out to Jenna our amazing model and the rest of my friends who helped us out. Thanks also to Tim (owner of the location), we couldn't have done it without the great setup.

I love photography but I am really starting to love video. I love coming up with concepts and putting everything together to create a cool story. And that is just it, it's about cool stories, I love to tell cool stories.

PS. As I write this, everyone on the crew, including singer Tim, is severely sick with this nasty virus going around. The song is about being afflicted in a relationship but for us I think we were all just afflicted with the seasonal bug.

Watch for the video to drop next week.
Posted by Kurtis Kristianson at 4:38 PM No comments: