Mechanically speaking if you don't know what a "dead-spot" is, it is usually a burnt out area on an electrical motor or winding (coil). When the rotating parts line up on the dead-spot, there is no action and even though energy is put to the unit, nothing turns, nothing moves. 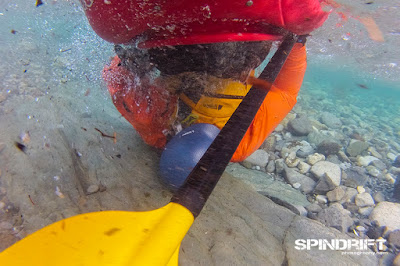 Bailing out in very low water

The large gaps in this blog over the last two years can be considered a dead-spot for me but refers in this case to some artistic or creative activity on my part. A lot has happened in the last two years and I know that much has changed for me. I won't go into it except to say that I feel like a lot of what I thought was important has been exposed as trivial and the things I thought would be here for me at this point may not actually be here for much longer.

I can't say that I am un-happy though and don't get me wrong. Having so much change has really distilled my attention and helped me to prioritize what I pour my energy into. Like moving from place to place on a budget, I feel like I had to get rid of a lot of crap and that is awesome. This feeling of throwing off the waste has also given me some energy and momentum to go back after the things I really love even when I thought I was done. 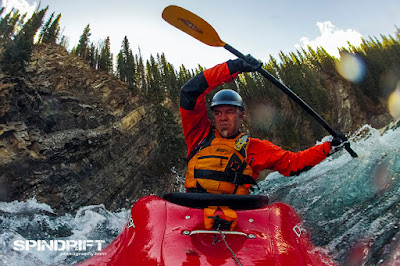 Sometime in the late 90's I was getting pretty good at white water kayaking and really pushed myself to get better fast. Unfortunately, during a class IV drop on a river I followed someone else's suggestion and deviated from the line I had prepared myself for. In minutes I was hammered by waves the size of mini-vans and took a 1km swim through some nasty rocks. A few months later I was so frustrated by the incident that I just gave it up all together. I got pretty banged up but the worst part was my ego never fully recovered. The past 16 years have been a serious dead-spot for something I used to really love. 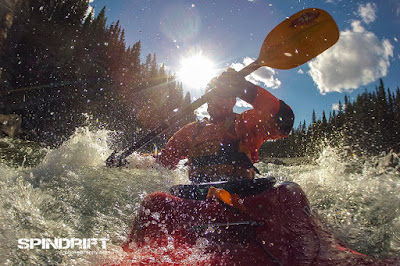 And now here I am, this week on the Elbow River near Bragg Creek Alberta, trying to get comfortable in class II water, trying to get my confidence back. At first I got back in the boat because my buddy wanted to do it and he was so excited, I remember what that was like. But now I am pushing myself again to get out and get better. This time though I am not pushing myself for my ego, this time I am pushing myself because; 1). I love being on the river in all God's creation and glory and being connected to the energy within it. 2). I'm not interested in letting failure destroy or steal any opportunity I have to continue be what I was created to be or do.

I may be a slow learner but every time I get creamed or fail miserably, these dead-spots get shorter and I get wiser.
Posted by Kurtis Kristianson at 9:36 AM No comments: