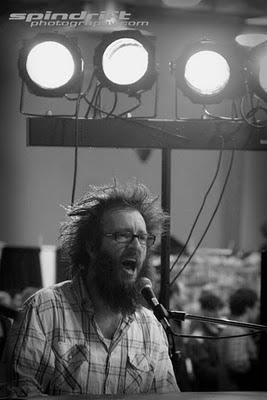 Referrals are awesome, especially when they come from another photographer. On Thursday night I got a request to shoot a band who would be performing at Beer Fest 2010. Sounded like a good job but I new it would not pay well. Usually the terms, "band" and "pays well" never go together and I've known this for many years now.
The Referral though, came from my good buddy Sergei Belski in Airdrie. He is an amazing photographer and was in the middle of a tournament shoot so sent the band my way. I guess they liked what they saw on my site as they were pretty excited to have me come down and shoot. I was pretty excited about the fact that I could squeeze in a quick Friday night job and have all the free craft-beer I could drink.
The guys ended up being quite talented and I actually liked their music. We did two sets and I got about 400 usable images for them to use (and a 3 song demo disc). It may not seem like a good trade-off for me but you always get something extra when doing these kind of jobs. At the session I met the editor for two big Calgary magazines who is interested in my work, and a guy who is in the communications dept. at the CBC. It could always turn into something else.
Posted by Kurtis Kristianson at 8:05 PM No comments: 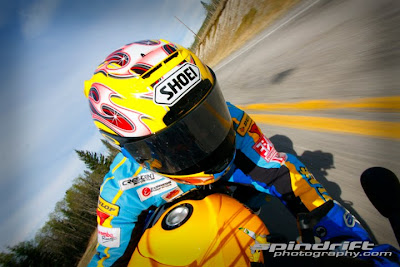 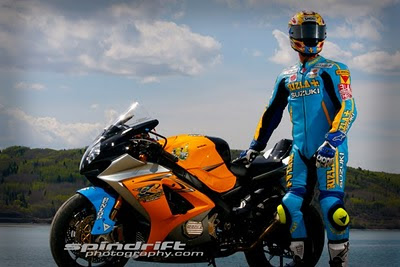 The floodgates have now opened! I am getting slammed with work and booking good sessions and assignments everyday. It's awesome!
For the last few months I have been planning a shoot with a new friend of mine, Kevin M. Kevin has been racing motorcycles for years now and when I had first met him and talked about how much I love fringe sports, he got just as excited. Turns out he is a bit of an Adrenaline junkie so it was a perfect fit when he agreed to a "Bragging Rights" session.
Basically the Bragging Rights session is a 2-3 hour, on location, magazine style setup and shoot that provides the client with high-end editorial portraits and action images for them to enjoy forever. Once we know their favorite sport or lifestyle, we develop a shot list and plan as to how the final product will look. The package comes with a large poster sized finished portrait print, 20 page book, and disk.
It doesn't matter what your into; Golf, fishing, flying, sports, whatever, we can create a full shoot based on who you are.
Very cool.
Posted by Kurtis Kristianson at 8:31 AM No comments: 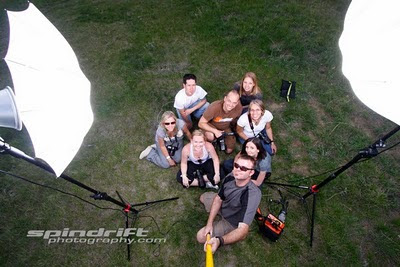 This last Saturday I took another crew to Drumheller for a second lighting workshop. I had a smaller group and was able to spend more time going over other concepts besides lighting and controlling the sun.
I was a little worried this group might get a lot of shots similar to the last group but once again, everyone has their own style and idea of what they are going for. Even our models this time were not pros but just stand-ins, and they totally got into it. I am looking forward to making this a more frequent event.
Posted by Kurtis Kristianson at 8:19 AM No comments: