The Right Place At The Right Time 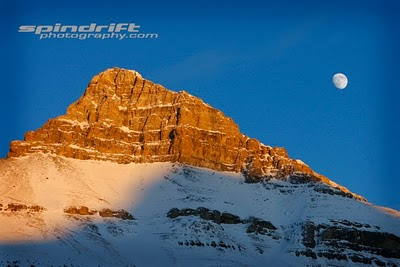 Today I knew I would be in the mountains and I told myself I would take my gear everywhere so that I no longer miss great moments when I should have taken the time to capture an image. I have thought a lot about this, after all, I am a photographer. Photography is not just my job, hobby or lifestyle. If I want to be good and produce something relevant in this life, I simply have to BE a photographer.

If I never take my camera with me, how will I capture that fleeting moment? If I always say no to every opportunity that comes around, how will I ever collect those experiences? Nothing great ever happened to anyone by being afraid, safe, or comfortable.

What are you going to do today to increase the odds.
Posted by Kurtis Kristianson at 8:52 PM No comments: 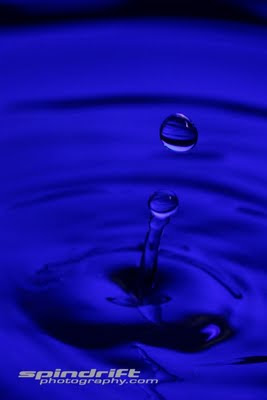 You don't have to look very hard or for long before you can see something amazing, just look around you.
Now what really blows my mind is physics and the simple yet absolute order of some of the things we totally take for granted. For instance; look at water, ordinary tap water. Water has this thing called surface tension. Surface tension (cohesion) is the attraction of molecules to other like molecules. Since the molecules on the surface of the liquid are not surrounded by like molecules on all sides, they are more attracted to their neighbors on the surface. This is one of the factors causing droplets of water to take their shape.
Something even more amazing about water and droplets in particular, is that they seem to bounce when they hit a puddle. You would think that they would just hit, splash and just merge with the puddle right? What is actually happening is that for just a milli-second, the droplet is landing on a thin layer of air between it and the puddle. The droplet does not even touch to become part of the puddle until the air has escaped from below the droplet. All this happening before you can even see it.
What does that mean to me? Well, it is not a life altering event by any means, but what it does do is make me believe we live in a pretty fantastic world. I have a hard time imagining that it all happened by chance.
Posted by Kurtis Kristianson at 9:21 PM No comments: