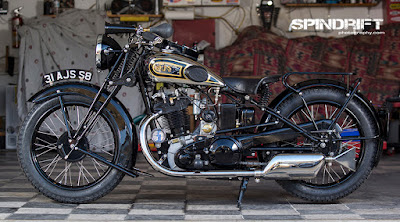 John Whitby has done it again. It was only November 2014 that Greg Williams and I had our piece published (Motorcycle Classics Nov/Dec 2014) on John's 1962 Rickman Scrambler. This project was one of the finest restos I have ever seen, in fact possibly better than the original "out of the crate" condition of 62'. Only two years later he has done it again.... 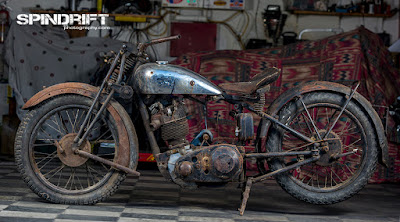 I got the call in spring of 2015 and Greg suggested we should do a before and after for John's new project, a 1931 AJS and come back to it when it was complete. I don't think it was even a year from March 2015 (I first shot the bare bones) to when John had finished the full restore in spring of this year. As usual John did an amazing job replicating the original creation and adding a little of his own style. 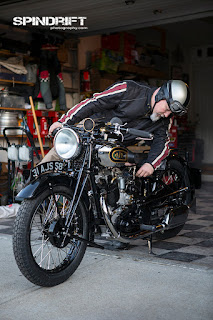 John Whitby getting ready to kick it over.

I am a big fan of John's work and so glad Greg gave me the call. It is awesome to work closely with so much of the talent in our local MC community and the piece in this months (Motorcycle Classics Sept/Oct 2016) looks great. If your into bikes make sure you go out and get this months issue and give it a read. Greg Williams is one of the finest motorcycle writers/ historians in North America and its an honour working with him. 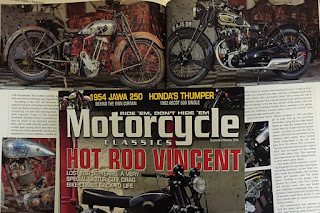 ~K
Posted by Kurtis Kristianson at 1:33 PM No comments: